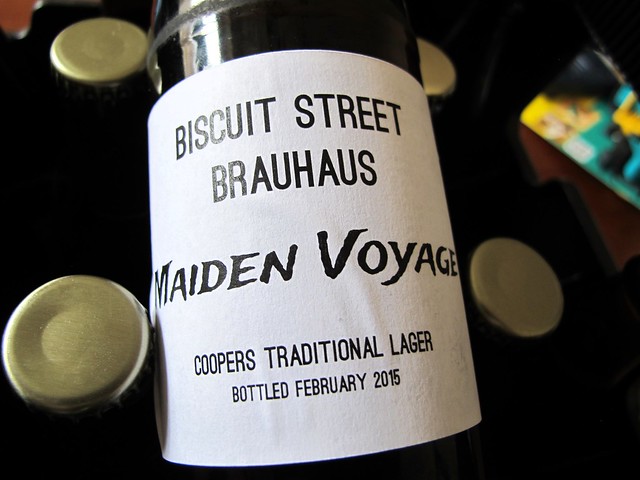 I rarely drink beer and The Maths Captain invariably dry retches after the first sip – but despite this I received a beer brewing kit from him for Christmas 2014. We bottled our first brew – a standard Coopers Brewery Lager –  in January and in April I mislabelled the bottles that we gave to a friend for their 40th.

In Australia homebrew is totally normal – but here in Austria people either thought we were idiots or akin to crazy gods.